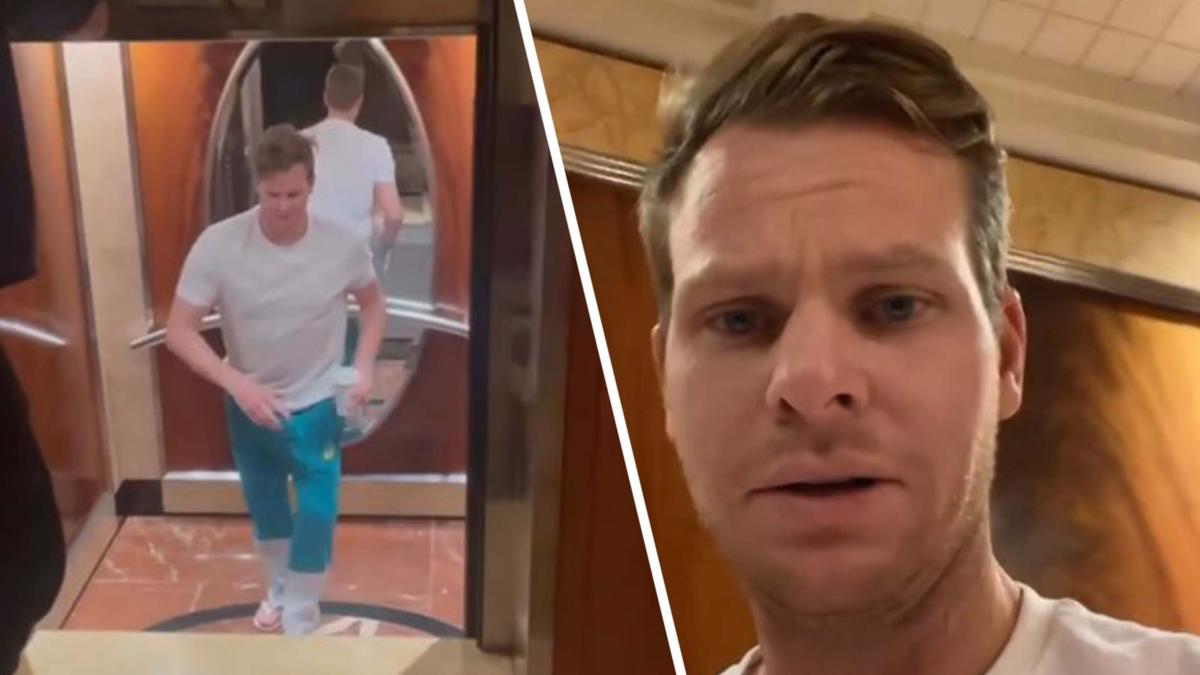 Steve Smith produced a video of himself stuck in a hotel elevator for 55 minutes that went viral.

The Australian vice-captain, known for his intensity at the crease, showed fans a lighter side of his personality with his Instagram post as he documented his incarceration.

Fittingly, it featured an act of support from Marnus Labuschagne, widely regarded as his protege.

“It’s not quite the night I planned, I’m currently stuck in an elevator,” Smith said in a video showing his followers how he was stuck 20 floors up.

Labuschagne helped Smith keep his energy levels high, delivering a handful of M&M’s through the gap between the doors as he tried to open them.

Smith said: “It’s not much fun, I don’t really enjoy it here.”

As his boredom grew, Smith, in a revealing segment, imagined himself dancing while wearing nothing but swim briefs using Romain Leroux’s Instagram effect ‘What will u Dance?’ filtered.

When a technician finally arrived to free him, Smith soared to cheers from the “rescue team.”

“It’s been 55 minutes that I’ll probably never come back,” he said when he returned safely to his room.

The post was picked up by Twitter users including BT Sport, which covers the Ashes for English audiences, and The Times of India.

Smith was in the lift longer than any of the England batsmen past the crease in their second innings of the Third Test, except skipper Joe Root.

As several users commented: “If he had been an English batsman, he would have been knocked out much faster.”