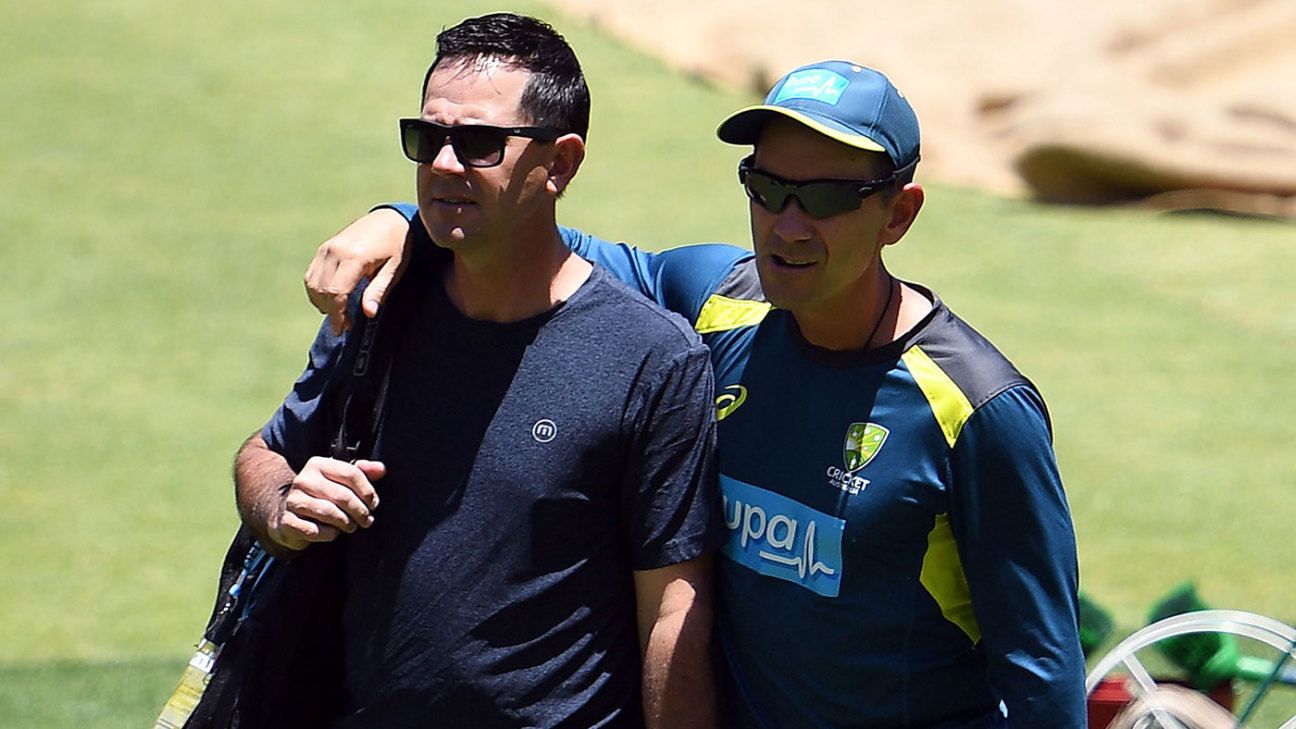 Langer’s resignation was announced by his management company, DSEG, on Saturday morning after a meeting with Cricket Australia on Friday evening.

Ponting, who describes his relationship with Langer as “like brothers”, is also managed by DSEG, as is former Australia captain Tim Paine. He spoke at length on ABC radio shortly after the resignation was announced and criticized CA for its handling of the saga.

“It’s a really sad day for Australian cricket and if you look back it’s been a really poor six months overall in the way Cricket Australia has handled some of the best people in Australian cricket – Justin Langer and Tim Paine – and I think the way they handled those two cases was almost embarrassing,” Ponting said.

“He must not have had the full support of the board. Me knowing Justin the way I do, he was very keen to continue in the role, as he should have been after what has been the best period of training of his international career after having just won the T20 World Cup, then the 4-0 result in the Ashes.

“It seems like a very strange time for a coach to leave. Reading the tea leaves, it sounds like a few – and like he [Langer] told me a small group in the playgroup and a few other staff around the team – didn’t entirely like the way he went about it.

“It has been enough to force a man who has put his life, heart and soul into Australian cricket and has done a sensational job of turning the culture around and the way the Australian team has been viewed in recent years for the push out of work.”

Ponting, who was a coaching consultant under Langer in Australia’s 2019 World Cup squad, has long-standing relationships with a number of current players having also played with some of them and coached some of them. between them in the IPL.

Ponting was asked if the test captain pat cummins was among that group of players who had raised concerns about Langer, given that Cummins had not endorsed Langer to continue, and whether he was disappointed by that.

“Justin is a great friend of mine and I know how passionate he is about coaching Australia and that he wanted to go on and be the best coach and have the best cricket team in the world,” Ponting said.

“If he had come forward and endorsed Justin, they wouldn’t have been able to move him forward.

“I’m close to Justin, we’re like brothers but I didn’t get too involved in it, as far as patting him on the back and putting an arm around him here and there, there was no way that I could change the way it was heading.

“What happened today, I felt like it was happening for quite a while, even looking back before the T20 World Cup, there was a lot of speculation there.”

Langer’s resignation opened up the possibility for Australia to split the head coaching roles, which Langer said was fine in theory but unworkable. Ponting was of the same opinion, believing that a head coach was the ideal solution.

“If you can find the right person who is willing to give 10 or 11 months out of their year to be Australia’s full-time cricket coach, then in an ideal world that’s the person you would choose,” said said Ponting.

“[As a player] I would like the same coach. I would like to hear similar messages day after day. The most important thing is the relationship between the player and the coach and, if you start putting two or three people in those roles, I think there can be a lot more confusion than necessary.”