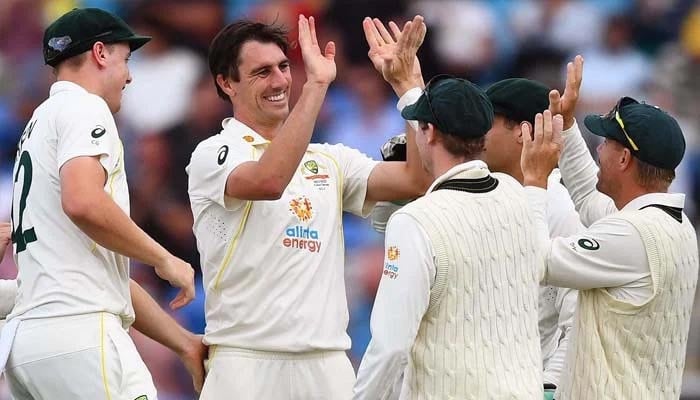 Brian Murgatroyd, the media officer for the Australian cricket team, reached Pakistan on Sunday night for the long-awaited cricket series between Pakistan and Australia which is due to start from March.

According to Pakistan Cricket Board (PCB) sources, Murgatroyd has reached Islamabad and the Australian cricket team will arrive in Pakistan next Sunday.

According to the sources, Brian Murgatroyd, who belongs to Ireland, will undergo isolation to complete his mandatory quarantine period.

Australia to tour Pakistan for first time in 24 years

The PCB previously announced details of Australia’s first tour of Pakistan since November 1998. The tour will take place in March and April 2022 and will include three Tests, three One Day Internationals and a Twenty20 International.

Cricket Australia on Tuesday announced an 18-member test squad for the long-awaited tour of Pakistan for nearly 24 years, starting March 4 in Rawalpindi.

According to the statement released by Cricket Australia, Mitch Marsh, Josh Inglis and Mitchell Swepson are part of an 18-member squad, adding that spinner Ashton Agar’s name is the only addition to the expanded group of players who have won the Ashes series against England. .

Pakistan Cricket Board (PCB) has announced its test team

The Pakistan Cricket Board (PCB) had also announced its test squad comprising 16 players and five reserves for the upcoming home series against Australia.

According to PCB, three changes were made to the national test squad after the Bangladesh tour.

He said Haris Rauf, who played in the Test series against South Africa and Zimbabwe in 2021, has joined the squad and replaces off-spinner Bilal Asif. Meanwhile Shan Masood, who last played in the New Zealand Test series in 2020-21, has replaced Abid Ali since he has been in rehabilitation after being diagnosed with acute coronary syndrome. Additionally, Yasir Shah has been added to the reserve pool.