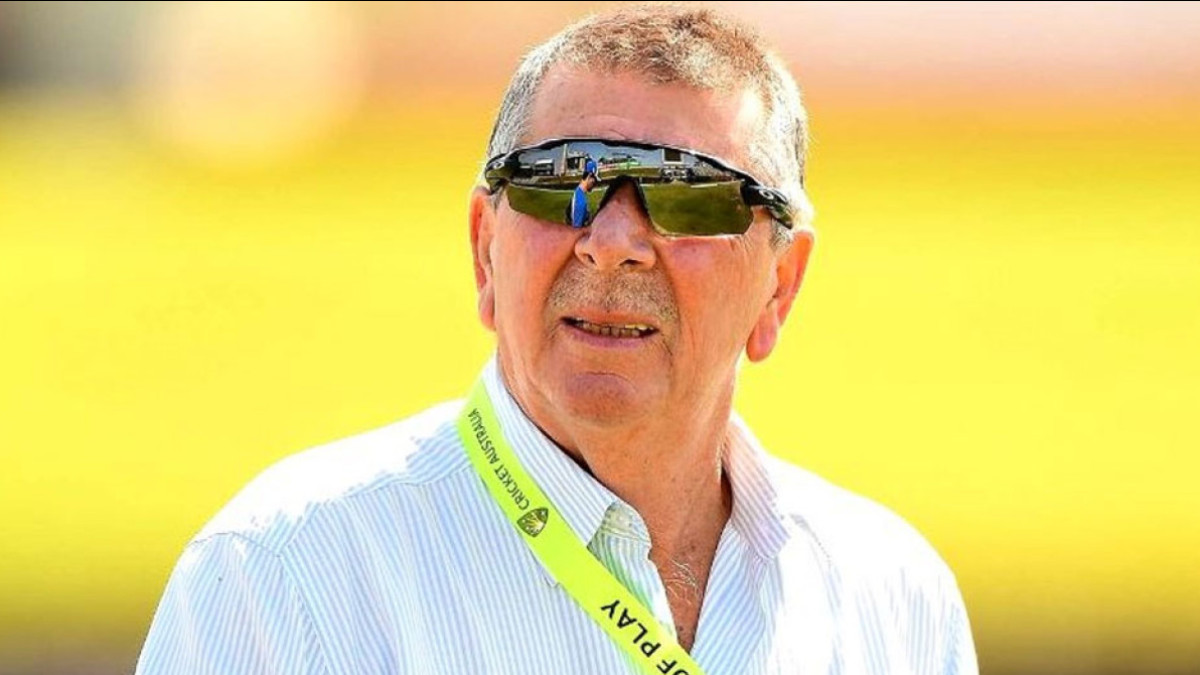 Legendary Australian wicketkeeper Rodney Marsh has died aged 74 after suffering a heart attack. Marsh, 74, suffered a heart attack on his way to a charity event in Bundaberg, Queensland last Thursday. He was rushed to hospital by organizers of the Bulls Masters charity event. (More cricket news)

On Friday, the Sport Australia Hall of Fame confirmed that Marsh died in a hospital in Adelaide. He is survived by his wife Ros and his children Paul, Dan and Jamie.

For Australia, Marsh played 96 Test matches scoring 3633 carries at 26.51 and completing 355 dismissals, and 92 ODIs making 1225 carries at 20.08 with 124 dismissals – a career disrupted for two years by his involvement in the Worlds Series Cricket.

One of the most popular and beloved members of Australia’s legendary team of the 1970s and early 1980s, Marsh left an indelible impression on spectators with his athletic goalkeeper and often brutal batting.

Born in the Perth suburb of Armadale, Marsh honed his cricketing skills alongside his older brother Graham. Both represented Western Australia as juniors before Graham embarked on a successful career as a professional golfer.

Marsh made his debut for WA in the 1968-69 season and played 257 Premier League games, scoring 11,067 runs at 31.17 and making 869 dismissals before his retirement in 1984. Marsh was selected to make his debut in 1970-71. The Ashes series largely for their batting at a time when wicket-keeper was usually a specialist position.

We are deeply saddened by the passing of Rod Marsh.

A brilliant wicketkeeper and hard-hitting hitter, Rod’s contribution to Australian cricket has been outstanding and he will be truly missed.

Our hearts go out to his wife Ros, his children Paul, Dan and Jamie and his many friends. pic.twitter.com/DXR0rEyZjx

Marsh’s selection would be vindicated in the first Test against Pakistan in Adelaide in 1972-73 when he became the first Australian wicketkeeper to score in a Test century – the first of three.

As his career progressed, Marsh became renowned for his athletic grips and sure-handedness – belying an early nickname “Iron Gloves” – especially when keeping up with the ferocious pace of fellow 70s icons Denis Lillee and Jeff Thomson. During his career, Marsh held both Australian wicket and Test records for dismissals.

Following his playing career, Marsh had a substantial impact on the development of elite cricketers in Australia and around the world in roles such as the inaugural coach and later manager of the Australian Cricket Academy and as as Director of the England and Wales Cricket Board National Academy.

The famous final on the assault at the Adelaide Ring, 1980

Cricket Australia Chairman Lachlan Henderson said: “This is an extremely sad day for Australian cricket and for all who loved and admired Rod Marsh. Rod will forever be remembered for the way he played the game and the delight he brought to the crowds as a member of some of Australia’s top teams. “Caught Marsh, bowled Lillee” has iconic status in our game.”

Australian Men’s Tests captain Pat Cummins said: “Rod was a colossal figure in Australian cricket who gave almost 50 years of incredible service to Australian cricket, from his debut in the 1970/71 Ashes series until his stint as national manager, when many of Australia’s current men’s squad came into close contact with him.

“It was great dealing with him because he knew the game inside out, but he also had a way of dealing with you to make you feel comfortable. My thoughts, and the thoughts of the entire tour here in Pakistan, are with Rod’s wife, Ros, and their family at this terrible time.