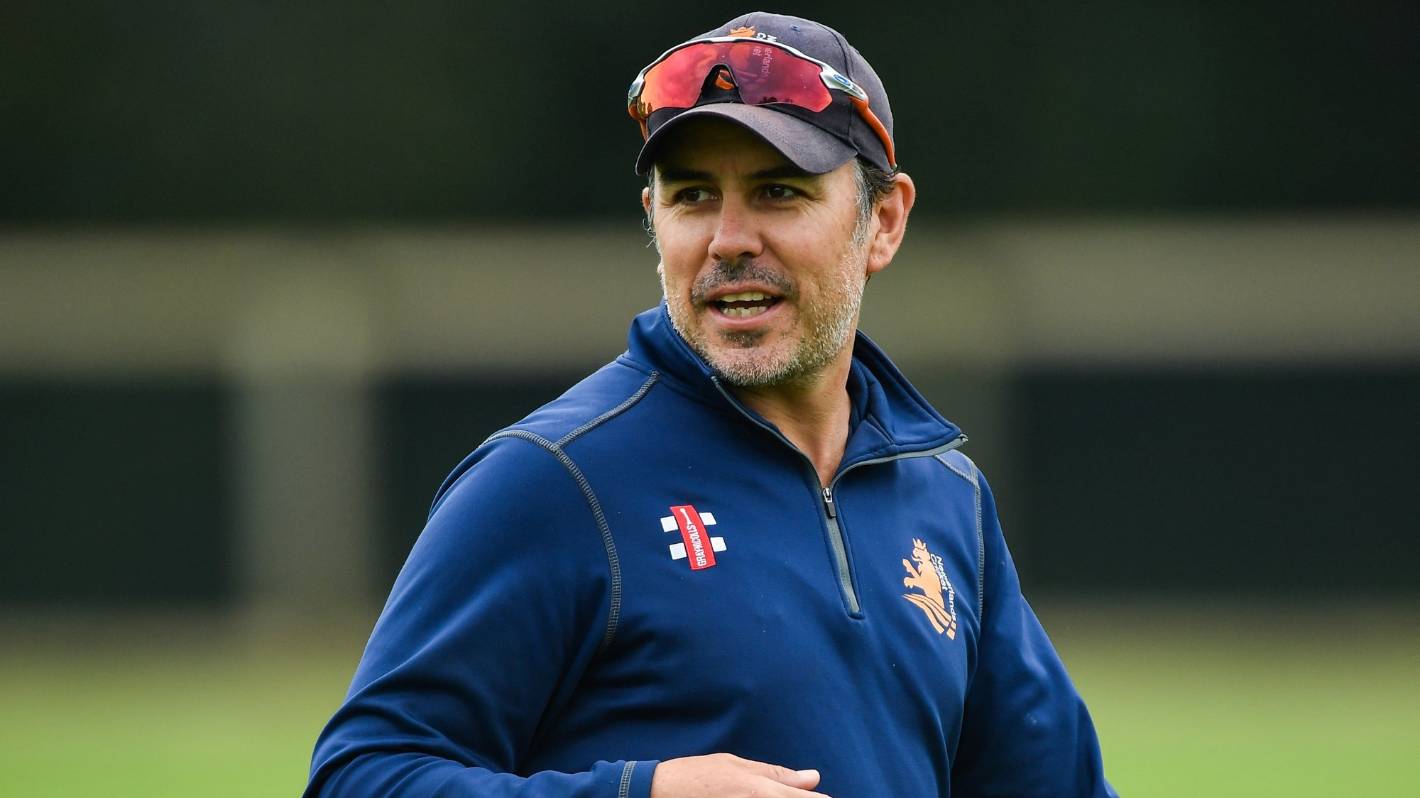 Dutch cricket manager Ryan Campbell, pictured in front of an international in 2019, is recovering from a serious heart attack.

Former Australian cricketer Ryan Campbell said he had just a 7% chance of survival after suffering cardiac arrest in April.

Campbell, who has played two ODIs and three T20s for Australia and is now the national coach of the Netherlands, was on a playground in England with his two children when he suddenly felt unwell.

He received CPR at the scene before being rushed to NHS Royal Stoke University Hospital, where he spent seven days in an induced coma.

The 50-year-old has now been released and is expected to make a full recovery.

The tests ruled out a heart attack as the cause of the cardiac arrest, and the tests also show no damage to the heart.

“It was seven days of my life that I will never remember. Thankfully I came back,” Campbell said of her near-death experience.

“My wife said my chances were around seven per cent or something, which means I have a second chance and I’m going to make sure I live it to the fullest and have a lot of fun.

“I will love my loved ones and hug them tighter every time I see them.”

Campbell says he feels a little nervous not knowing exactly what caused the cardiac arrest.

He had a lung infection in South Africa last November and also caught Covid-19 in February, but specialists are unsure whether those events played a role in the cardiac arrest.

“It’s one of those weird things that nobody can put their finger on.

“My surgeon told me it’s good news that you’re as fit as a bull, but the bad news is I can’t tell you what happened, what makes you a little nervous.”

The news of Campbell’s cardiac arrest came as a huge shock considering his form and health.

“We were at a playground with my two kids, and my daughter wanted to go tobogganing, and I was up there and for some reason I was tired and decided to lay down,” said Campbell said of his cardiac arrest.

“Lucky was that I lay on the foot of a young girl whose mother was the one who saved my life with CPR. She had literally just finished her course – just a surreal experience.

“Actually, I had lunch with her yesterday. What do you say to someone who just saved your life? That was a pretty cool experience.”

Campbell is not allowed to fly for several months, which means he will take the ferry to the Netherlands to resume his coaching duties.