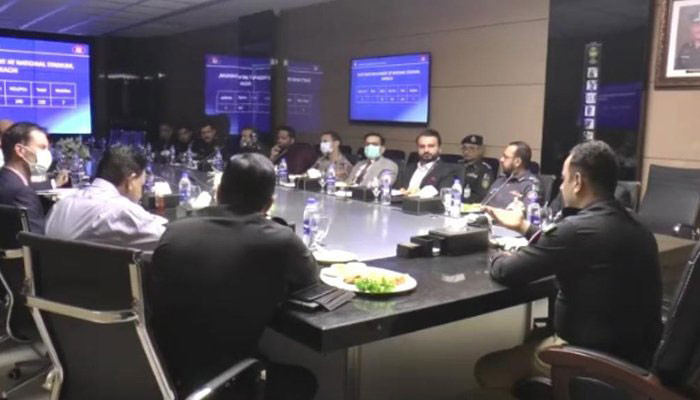 Australian Cricket Board security officials visited the Special Security Unit (SSU) headquarters on Wednesday and were briefed on security arrangements for an expected Australian cricket team visit to Pakistan.

The SSU spokesperson said a three-member delegation of the Australian Cricket Board, including Benjamin Carl Oliver, Branden Gerard Drew and Stuart Andrew Bailey, had been greeted by the Security and Emergency Services division of DIG, Sindh Maqsood Ahmed.

Ahmed chaired a meeting in which he briefed the delegation on the security arrangements to be put in place once the Australian team traveled to Pakistan for matches to be played at the Karachi National Stadium.

He said advanced professional training had been provided to SSU commandos, and the special weapons and tactics team equipped with the latest weapons and communications systems remained vigilant around the clock as a rapid response force. to challenge any emergency if created by anti-social and terrorist elements.

In addition, the delegation also reviewed the security arrangements put in place at the airport, national stadium, routes and hotels. The delegation visited different sections of SSU headquarters and commended the efforts to maintain professional standards and improve the professional capabilities of police commandos.